On May 20, 2018, consumers began reporting illnesses linked back to the Cyclospora parasite. More than 500 cases were confirmed in the lab as being related to one source: Fresh Express lettuce, distributed by Caito Foods and sold at McDonald’s restaurants. Of the 507 cases documented across 15 states, 24 people were hospitalized. 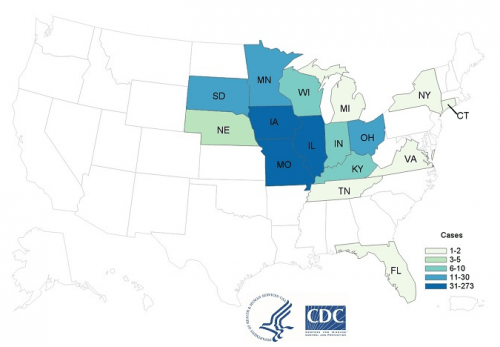 More than 3 months later, the CDC, US Food & Drug Administration and public health and regulatory officials in several states are continuing their investigation.

John Olivo, Fresh Express president, stated: “Recent cyclospora outbreaks, with limited evidence as to how they originated, have perplexed federal and state public health officials as well as food safety experts throughout the fresh produce industry, including Fresh Express.” With integrated, blockchain-powered data systems, this needn’t be the case.

Read the full article at FoodLogistics.com. Read the details about the outbreak at FDA.gov.

This site uses Akismet to reduce spam. Learn how your comment data is processed.