The team "leads with honor, integrity, and heart."

Our mission — reducing waste and risk in the food business.

The Transparent Path proposition — to reduce food waste and risk by creating a more agile, more resilient and more certain supply chain — has drawn together a team of senior enterprise leaders who care deeply about our future. Mark and Eric are involved in feeding the homeless in Seattle. Sunil has built businesses using AI to identify health issues. Paulé is a thought leader in sustainability and equity.

We’re not here to spin up a crypto token, grow our cloud business, or simply stand up some software play. We created this venture to bring real, positive, meaningful change to the world and help people by strengthening our most critical supply chains. 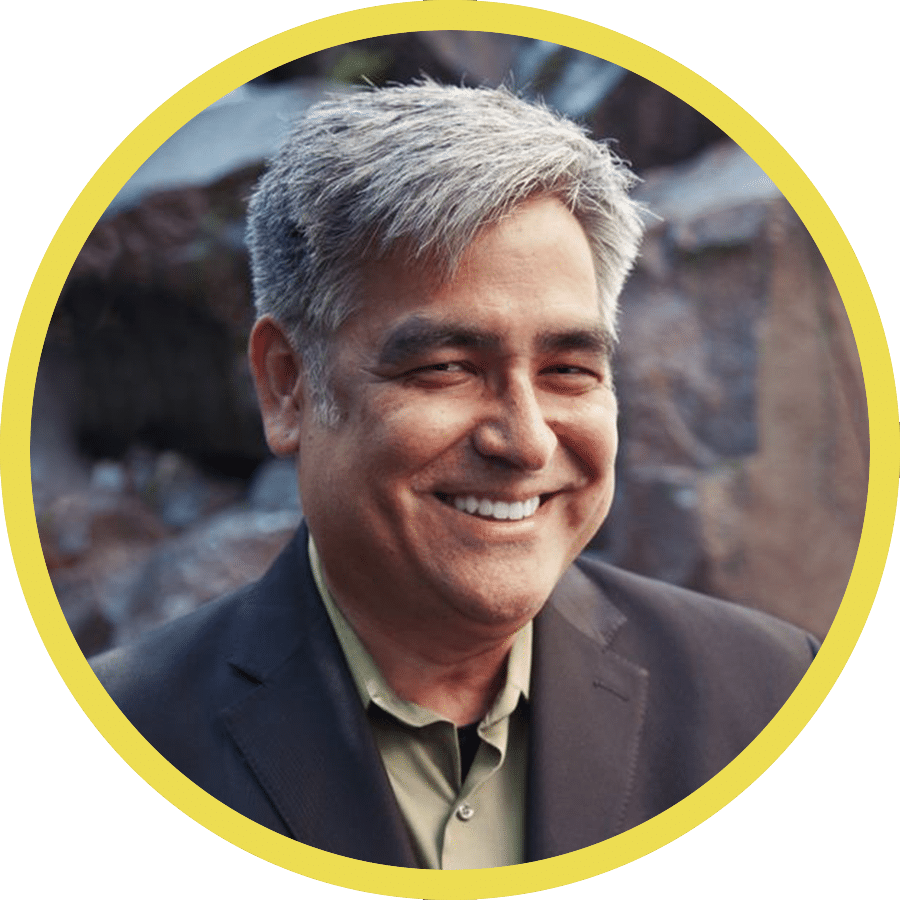 In 1981, Eric Weaver had no idea that his first job writing code for a Michigan produce hauler would eventually come full circle.

After 11 years in systems development for General Motors and Ford Motor Company, Eric spent the next 30 years as an enterprise digital transformation advisor — guiding nearly 100 blue-chip brands around the world through disruption brought about by the Web, email, e-commerce, and social media. Eric began guiding companies like P&G, Kraft Foods, and Johnson & Johnson onto the Internet in 1995, launching one of the very first AI-powered websites in 1996, and an AI-powered social media ROI platform in 2014.

Most recently, Eric launched the Xerox Customer Experience Practice, where he managed a $550M marketing services book of business, before founding Transparent Path in 2018.

Eric speaks globally on branding, ethics, and sustainability. He earned a BA in Communication Arts, graduating with honors from Xavier University. He and his wife cook for homeless shelters in the Seattle area.

Mark is a seasoned enterprise executive-turned-entrepreneur with a passion for both innovation and change.

The son of a food broker, Mark’s early career was spent in marketing for brands like General Mills and Pillsbury. He then joined the hospitality industry, where he served as an executive at Royal Caribbean, Club Med, Holland America Line, and as General Manager at Expedia.com.

in 2011, while serving as SVP of Sales and Marketing for Holland America, Mark hired a digital transformation consultant named Eric Weaver, thus starting a long friendship.

At Transparent Path, Mark is responsible for business strategy, sales, investor relations, and financials. He also serves on the board of Food Lifeline, one of Seattle’s largest foodbanks. He holds a BA in History from Duke University and an MBA from the University of Chicago Booth School of Business. 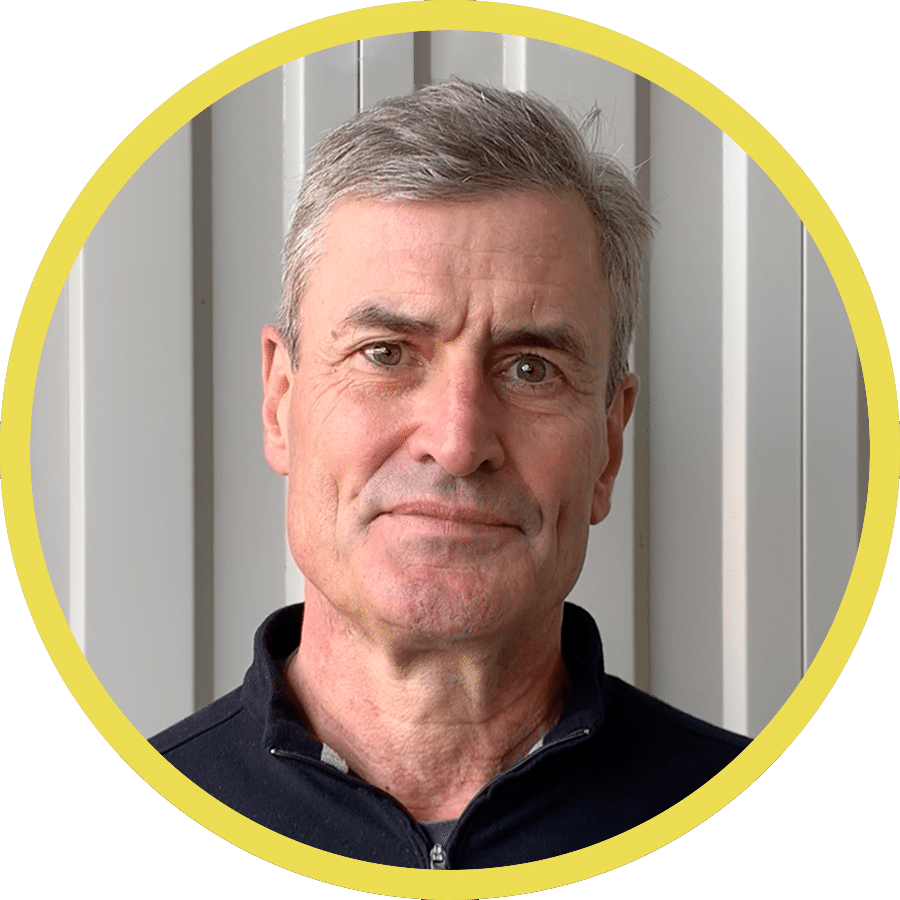 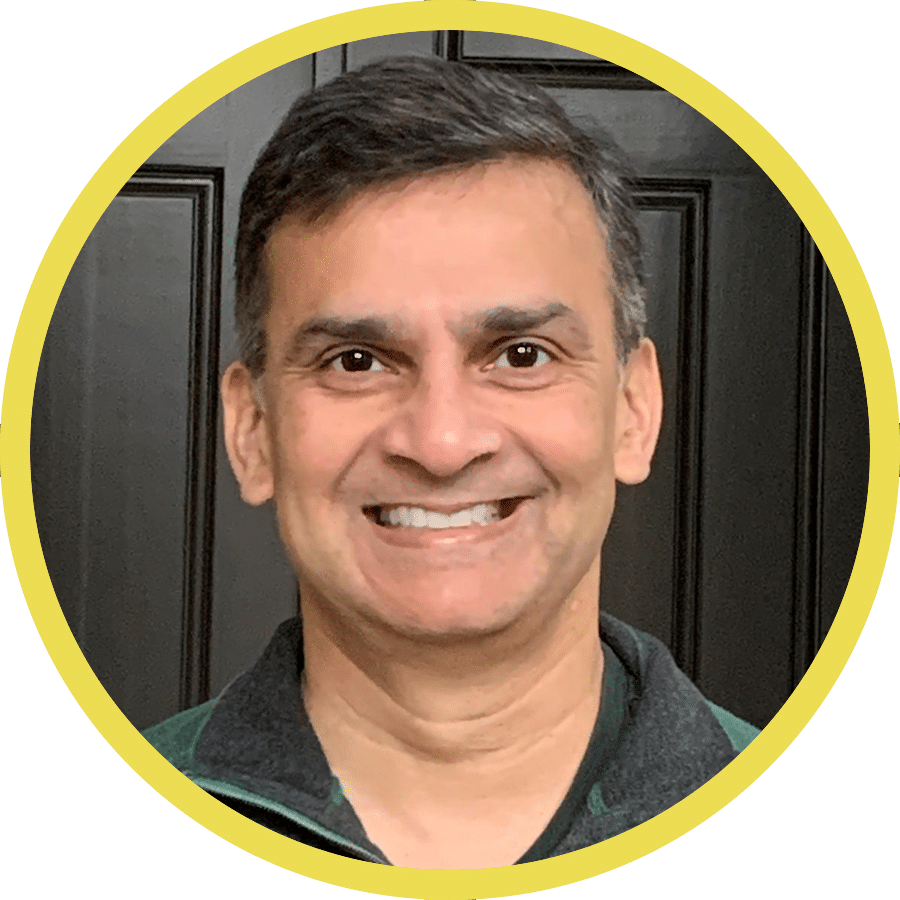 Sunil has served in senior leadership roles at General Dynamics and at Microsoft, where he grew the cloud services business by 100% YOY. Most recently, Sunil built a software platform specializing in applying computer vision and machine learning to analyze personal health through body movement and gait.

At Transparent Path, Sunil guides the design and development of our overall solution, including our sensor, platform and artificial intelligence efforts.

An avid Seahawk fan, Sunil graduated from Penn State in Computer Engineering, and holds an MBA in international business from Pepperdine.

Paulé Wood (they/them) joined Transparent Path from Amazon Logistics, where they served as global lead for last-mile user experience. Paulé is responsible for our UX/UI efforts as well as our brand storytelling.

Paulé is a Rhodes Family honors graduate of New York’s prestigious School of Visual Arts. In 1999, Eric hired Paulé as his art director at Young & Rubicam, and the two have worked together across various ventures ever since. In 2016, Paulé and their Mongol Rally team drove a rally car with a 1-litre engine over 10,000 miles, from London to Mongolia. #badass 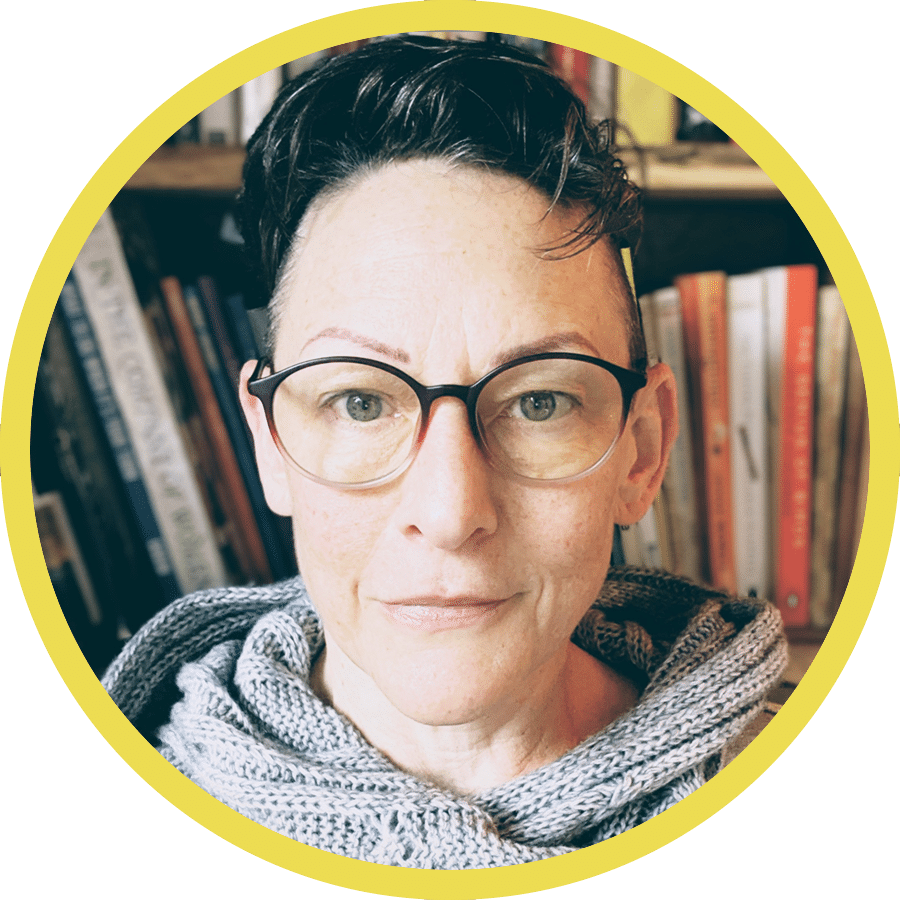 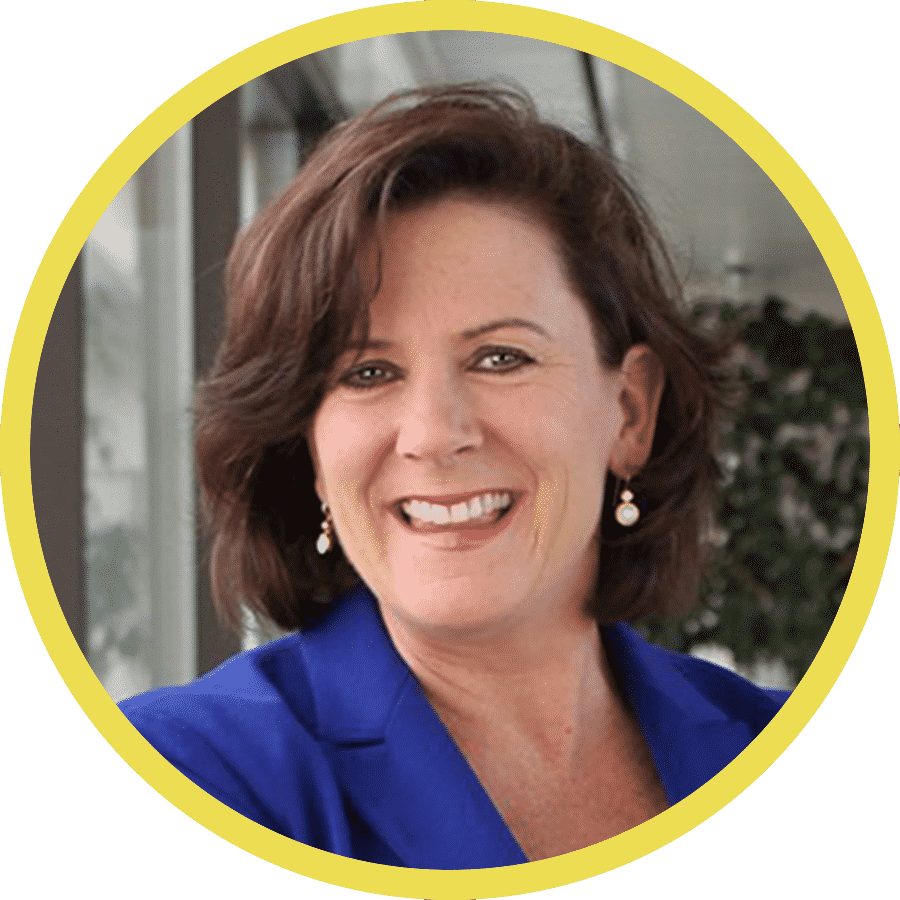 Maria Emmer-Aanes is a well-known thought leader in the organic food space. She’s served as a sales and marketing leader at Target, Great Harvest Bread, Nature’s Path Foods, Litehouse Foods, Numi Organic Tea, and Spiceology. With chops in branding, sales and marketing, she advises our team on organic brands, the spice industry, consumer behavior, and retail.

Maria graduated from the University of Minnesota – Duluth with a BA in Communications. In 2008, a digital transformation consultant named Eric Weaver helped Maria move Nature’s Path into the digital age, starting a long friendship.

In addition to advising the management team since 2019, Maria joined our board of directors in 2022.

And our amazing advisory board

(in order of tenure) 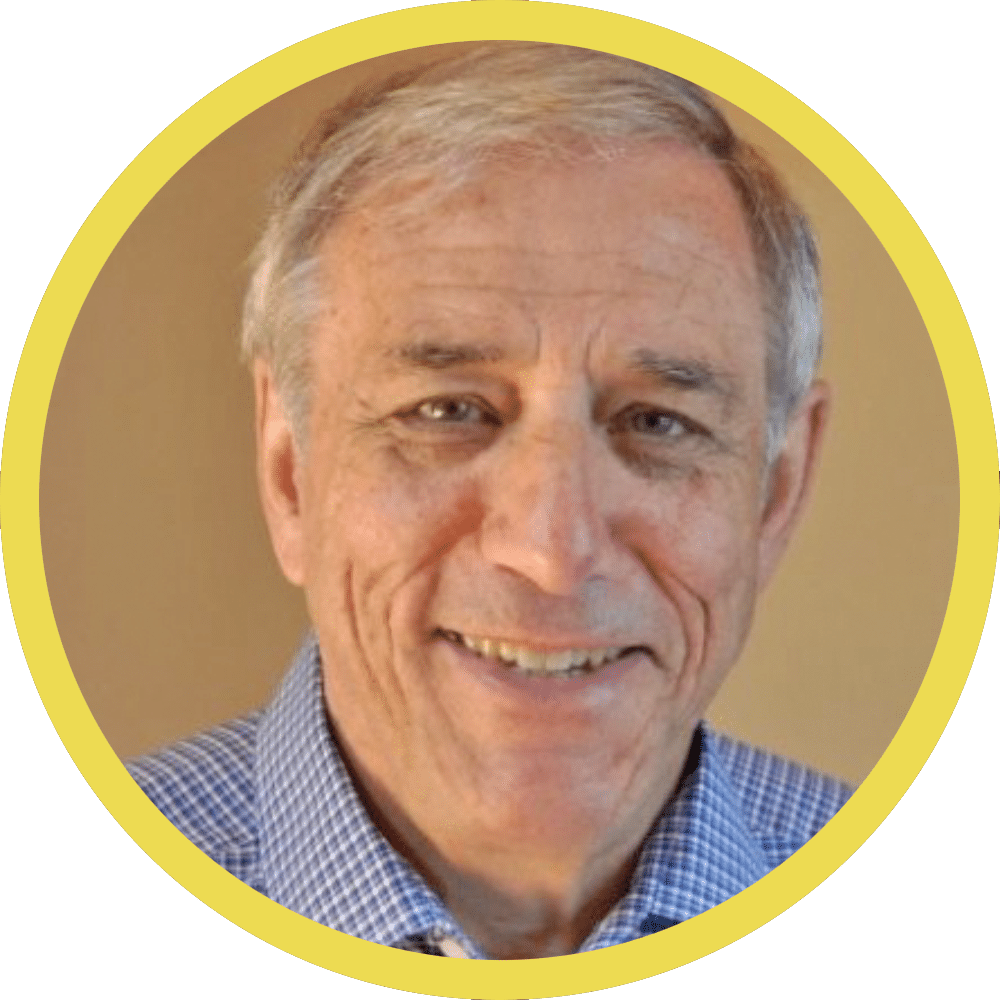 Terry is a seasoned C-level food industry executive contributing to the success of Fortune 100 (Kraft, Pepsi, Nabisco) as well as smaller privately held firms (Seattle Chocolates, Continental Mills, Madrona Specialty Foods).  Although he has worked with a broad array of food products, he has a particular passion for making chocolate (bean to bar) as well as gourmet chocolates.

Terry graduated from Oregon State University with a BS in Food Science & Technology, as well as studying manufacturing in corporate strategy at Harvard Business School. 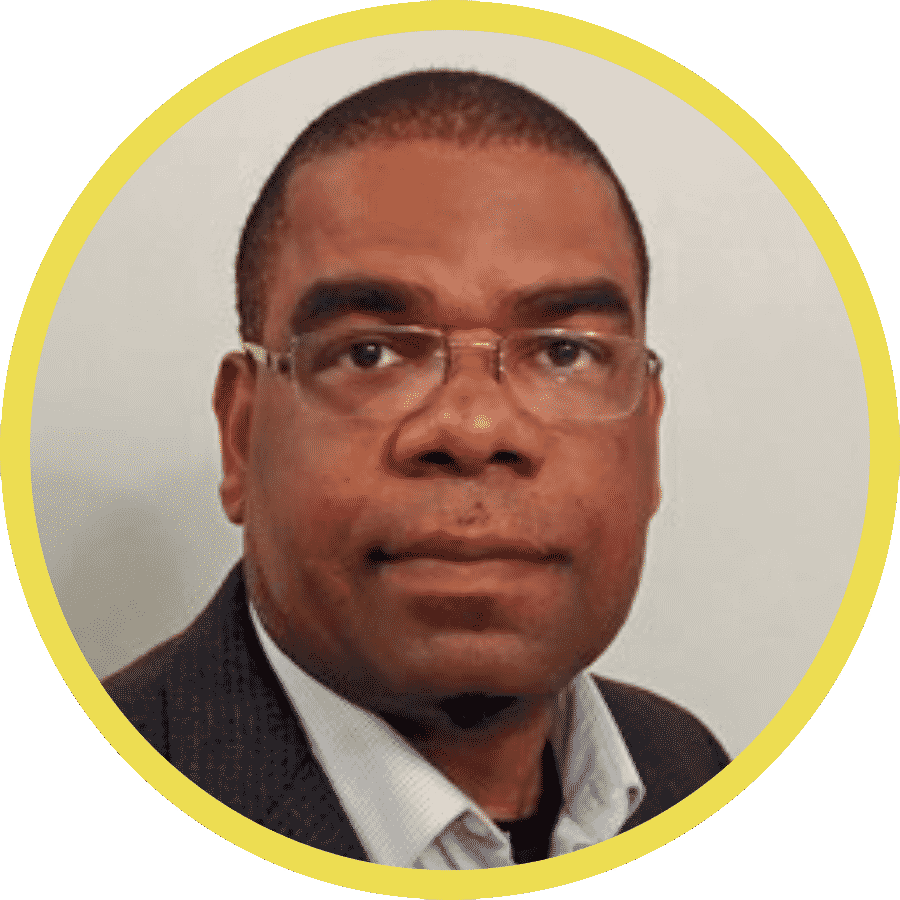 Antonio Williams is one of the world’s top scientists in the area of printed electronics.

With over 30 years of experience in innovation, product development and manufacturing scale-up, Antonio formerly served as Vice President for Xerox’s fabled Palo Alto Research Center (PARC), where he oversaw the R&D portfolio for printed electronics, IoT sensors, and emerging technologies. 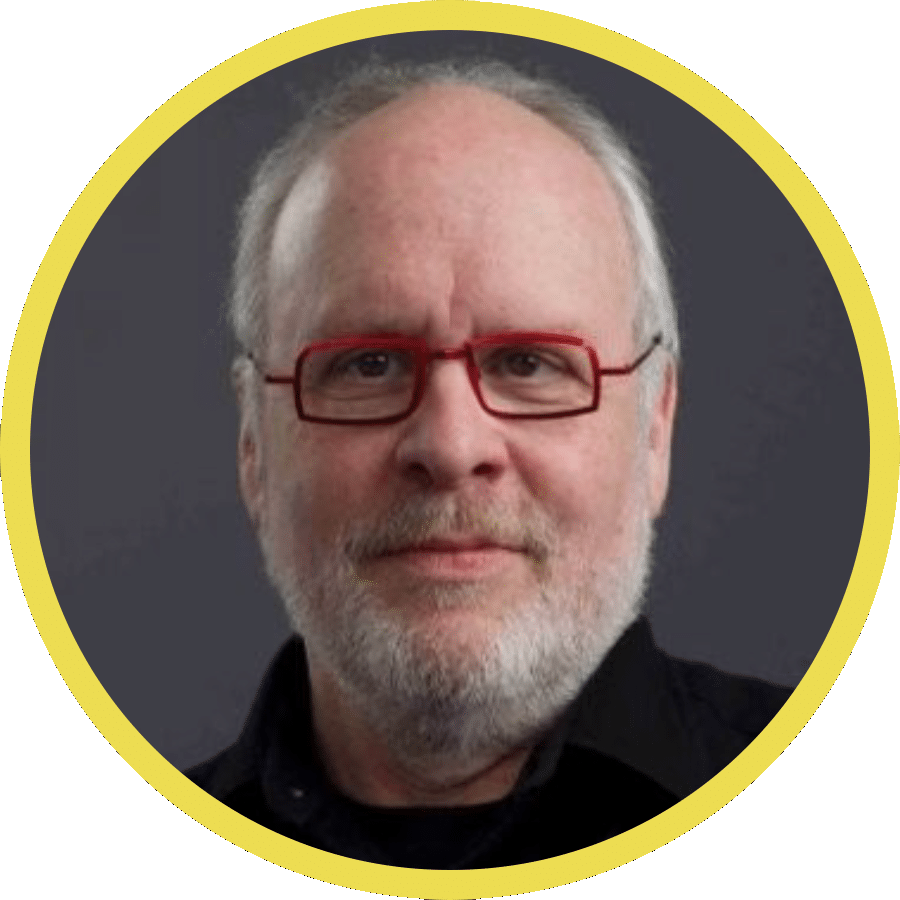 John Danner is a Wall Street Journal best-selling author, popular TED speaker, and a senior fellow at the University of California at Berkeley. He teaches courses on innovation, strategy and venture development at both the UC Berkeley-Haas School of Business and at Princeton University. In addition, he anchors programs for UC’s Center for Executive Education.

John co-authored two best-selling books: Built for Growth: How Builder Personality Shapes Your Business, Your Team, and Your Ability to Win (2017) and The Other ‘F’ Word: How Smart Leaders, Teams, and Entrepreneurs Put Failure to Work (2015).

He received his BA from Harvard University and his JD, MPH and MAEd degrees from UC Berkeley.